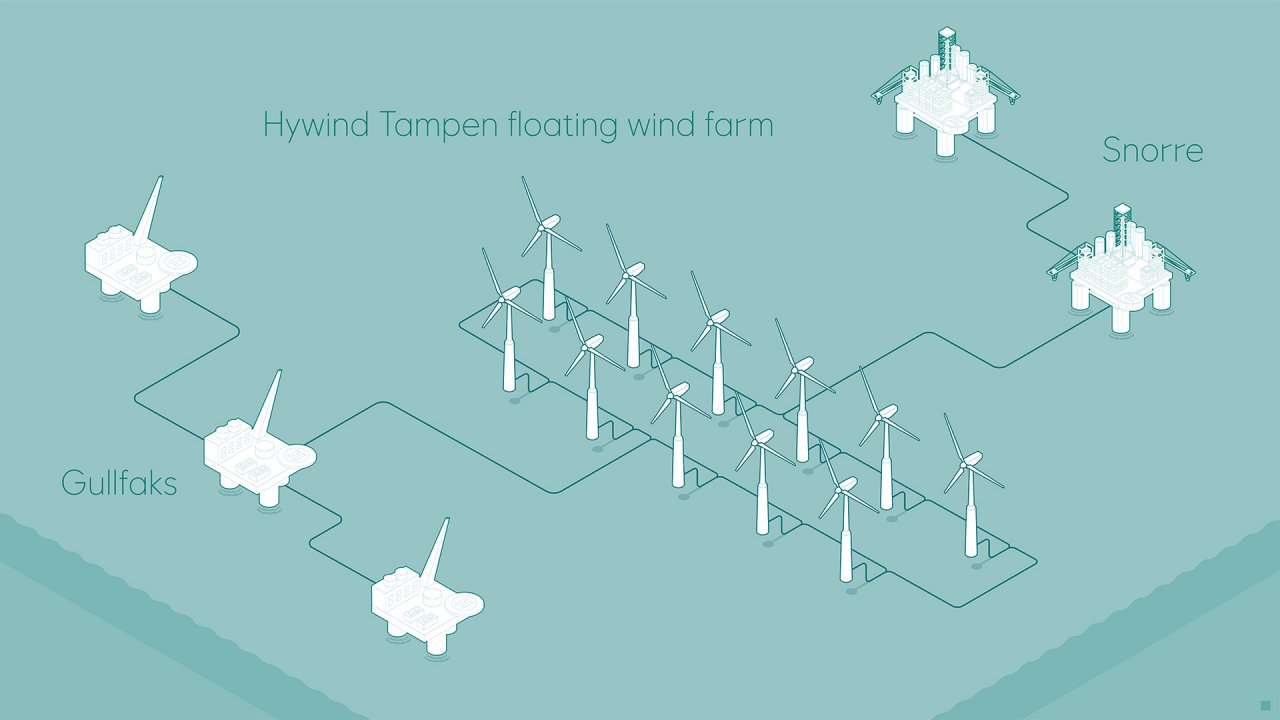 Equinor made a final decision to invest in floating wind turbines to power offshore oil platforms off Norway after the government agreed to subsidize a large part of the cost.

Hywind Tampen will cost a total of almost 5 billion kroner ($550 million), it said in a statement on Friday. That’s in line with the state-controlled company’s earlier estimate.

The project to set up 11 turbines in the North Sea with a total capacity of 88 megawatts to supply electricity to platforms on two oil fields will be the first of its kind and the biggest floating windpower project in the world. The technology isn’t profitable yet without subsidies and Hywind Tampen is only going ahead after the government agreed in August to contribute as much as 2.3 billion kroner in support, in addition to capital made available by an industry fund.

Equinor said earlier that the subsidy wouldn’t exceed 50% of the total cost. The turbines are scheduled to start producing electricity at the end of 2022.

Equinor changed its name last year from Statoil in a bid to reflect higher investments in renewable energy, expected to make up as much as 20% of its capital spending by 2030, compared with about 5% now. It’s boosted its windpower project pipeline in recent months by winning major projects in the U.K. and off New York.

Providing renewable energy to the five platforms on the Snorre and Gullfaks fields is part of a broader effort to lower greenhouse gas emissions from oil and gas production in Norway. The project is also a bet by Equinor and Norway that demand for floating wind around the world will grow as it becomes cheaper and more attractive, allowing the Nordic country and its oil-industry suppliers to take a lead in the technology. 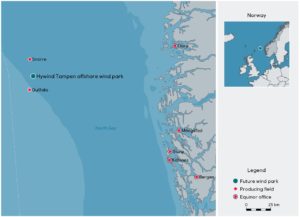 Hywind Tampen is based on the same concept as Equinor’s Hywind facility offshore Scotland, which was the world’s first floating offshore wind farm. That project also receives state subsidies from the U.K. government.