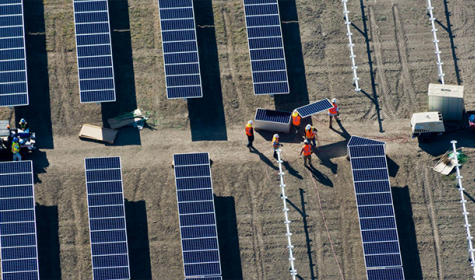 “We are committed to helping our customers and partners drive down both their energy costs and carbon footprint, and we are proud to be considered a reliable partner in the region”.

The newly launched projects are:

A binding contract has been signed for a 7MWp solar rooftop to S. Kijchai – the leading manufacturer of wood based panels in Thailand. The system will feature over 17,500 solar panels, to generate 9.6 GWh of renewable electricity per year, offsetting 4,910 tons of CO2 emissions per year.

Three shopping malls operated by Gaisano Capital – one of the largest mall and supermarket chains in the Philippines – have been fitted out with solar-powered rooftops. 3,520 panels have been installed, generating around 1.6 GWh per year to fulfil 30% of Gaisano’s power needs and offsetting 870 tons of CO2 per year.

Total have completed one of the first solar rooftops with no upfront investment by the customer for Chandra Asri Petrochemical, the largest publicly listed petrochemical company in Indonesia. The 800 kWp solar-powered rooftop is equipped with over 2,200 solar panels, and will generate over 935 MWh per year – 15% of the company’s power needs. It will offset 650 tons of CO2 per year.

Singapore’s first-of-a-kind automobile mega hub – the Carros Centre – has been equipped by Total Solar Distributed Generation with over 1,370 panels to generate 570MWh of renewable electricity per year. This will cover 22% of Carros’ power needs and avoid over 225 tons of CO2 emissions per year.