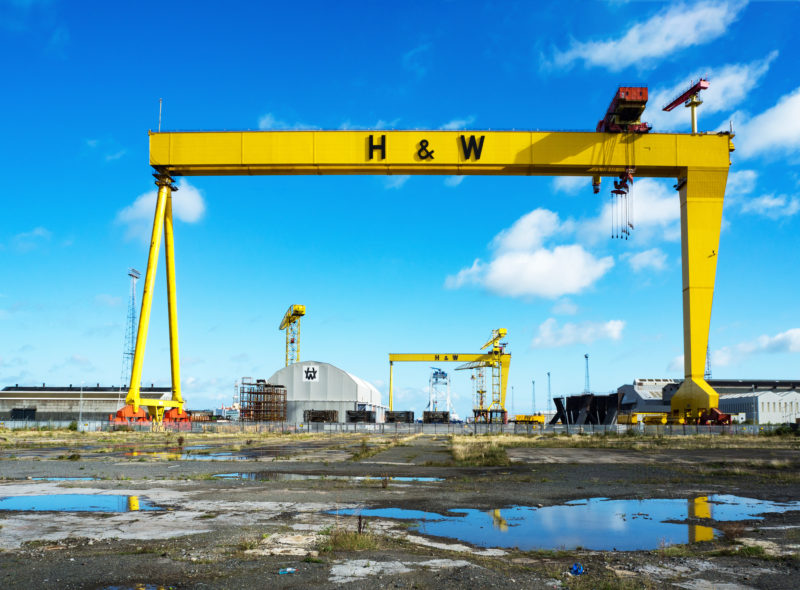 Harland and Wolff went into administration in August, putting about 120 jobs at risk, after the collapse of its Norwegian parent company InfraStrata. The yard, best known for building the Titanic, was bought for £6m by the London-based energy firm, InfraStrata.

InfraStrata said it will retain the 79 workers who are still employed. It also hopes to increase the workforce by “several hundred” over five years.

InfraStrata Plc was once known as Portland Gas plc but it adopted its current name in December 2009, almost two years after demerging from Egdon Resources – an onshore-focused oil and gas exploration and production business.

It then began looking into a range of potential energy infrastructure projects around the world. In November 2015, it took the decision to focus on developing an underground natural gas storage facility at Islandmagee in County Antrim. Islandmagee Energy Limited, the operating firm developing this project, is 100% owned by InfraStrata.