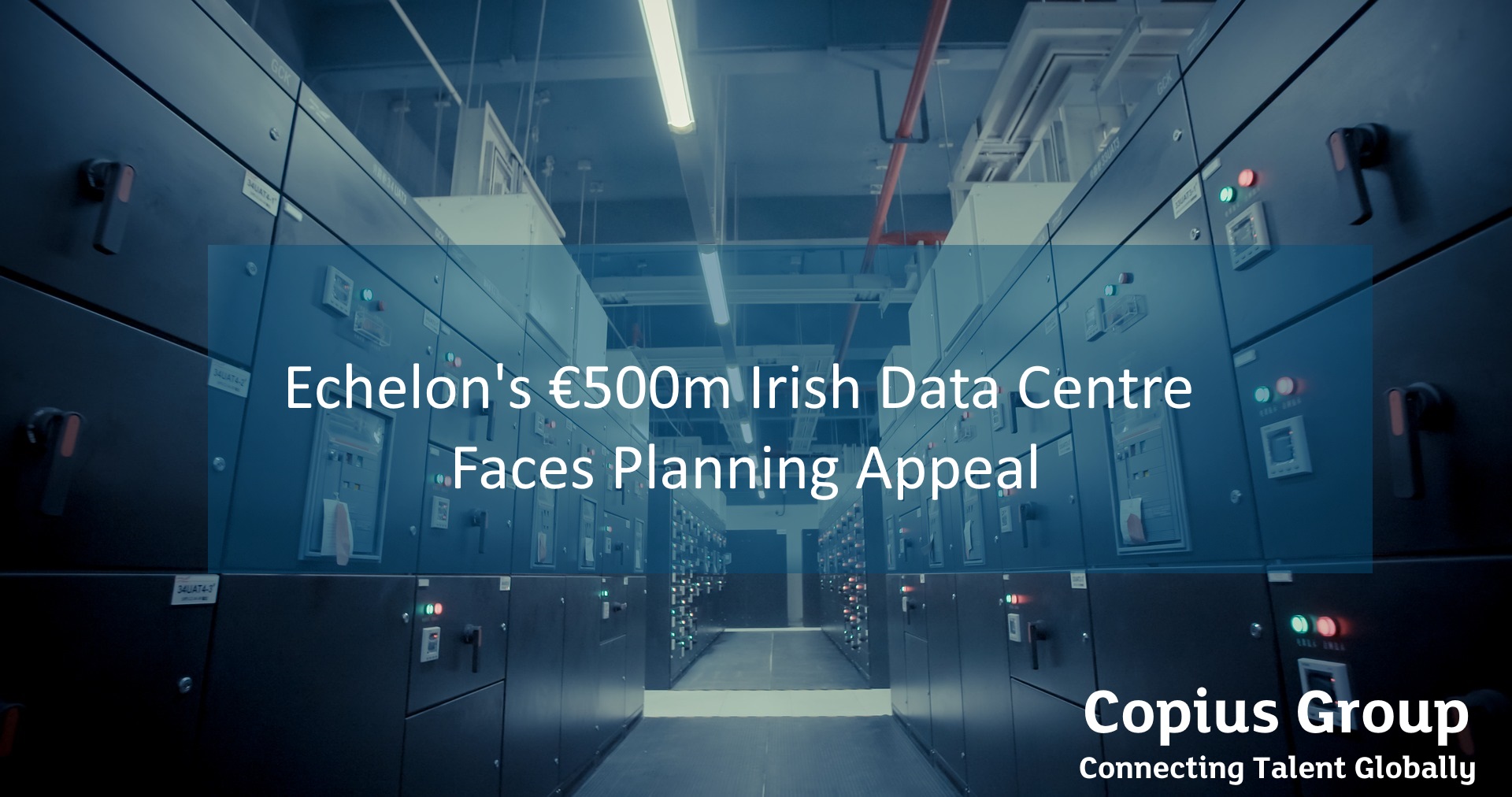 The new facility, one of two set to be built by Echelon, has political support and Ireland’s new approach to data centres will be under the spotlight.

The objection has been made against Echelon’s project at Avoca River Park in Arklow, Country Wicklow. This has caused local
Politicians some concern after planning delays lead to Apple finally cancelling its mammoth data centre project last year, the Irish government moved to declare future data centre projects over a certain size as “critical infrastructure” projects in legislation, as an attempt to avoid future long drawn out planning processes.

Some 910 jobs will be created for the construction phase of the two €500 million sites, while there will be 100 ongoing operational positions in Clondalkin and 90 in Arklow.

Echelon Data Centres, which is owned by London- and Dublin-based property company Aldgate Developments, said planning permission had been granted for the Clondalkin site and was “imminent” for the Arklow site.

“Growth in demand for large data centres in recent years has been enormous, but it is still a market that is under-served,” Mr Molloy said.

He cited the widespread adoption of technologies such as television streaming, “which is rapidly replacing satellite”, and the advent of driverless cars as two reasons why demand for data centre infrastructure is rocketing.

“The data required by these cars to avoid collisions is absolutely enormous.”

Mr Molloy also said he wanted to “debunk” the idea that data centres do not create jobs. “Data services are vital for Ireland’s competitiveness in attracting other cloud-based jobs,” he said.