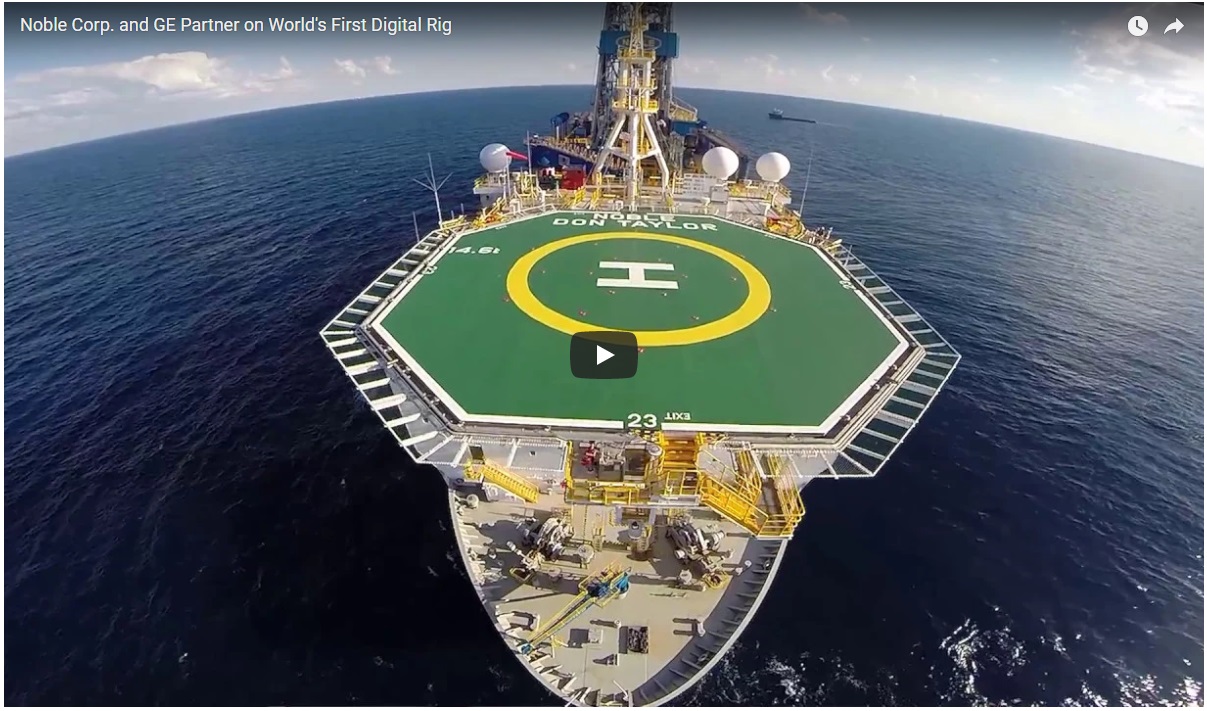 This is a concrete step forward to unlock the immense potential of digital solutions for offshore drilling operations,” GE said in a statement on Thursday.

In the offshore drilling industry, operators have long relied on individuals, leading to significant performance inconsistencies and variance. The downturn of the industry has challenged drillers to look for innovative ways to achieve operational excellence, GE said.

Bernie Wolford, senior vice president – Operations, Noble Corporation plc. “We are very excited to showcase the launch of the Digital RigSM solution and the world’s first digital drilling vessel as we continue to expand data-driven operations support while gaining significant efficiencies in drilling operations. The potential of digitalization will go beyond a single vessel, opening the door to transforming our entire fleet. The data backbone paves the way towards autonomous drilling, and digital technology is facilitating a new era of drilling and asset performance improvements that are unprecedented.”

“Partnering with Noble, we are in a unique position to unlock synergies together- from drilling operations to equipment expertise and software analytics skills- to drive holistic transformation of the offshore industry. We are excited to be able to move an important step closer to achieving our vision of a more autonomous future for marine operations. Noble Drilling has been a vanguard of industry digitalisation, and today’s milestone is testament to how industry leaders can collaboratively transform the industry.”